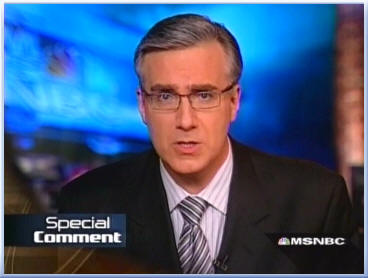 Fox News has managed to make the suits at GE fairly unbalanced after their recent report covering the bias at NBC and the outrage expressed by shareholders who are watching the stock, and their 401ks, tank. Was it was the exposure of GE’s connection to billions in a cap-and-trade windfall, which would only be made possible under a President Obama, and how that has figured into their over-the-top pimping of his candidacy the last two years? Or was it was the Fox correspondent’s intrusion into a contentious shareholder meeting? Whatever the motive, the folks at General Electric are hacked off, spooked, or both.

So irritated are they that they have Gary Sheffer, their executive director of corporate communications & public affairs, posting comments beneath a Politico article like a regular blogger, detailing what really transpired at a recent shareholders meeting.

According to the Hollywood Reporter, cited in the Politico article, here’s what happened at the meeting:

Just before GE re-elected board members, company brass were hit with questions from shareholders critical of an alleged leftward political slant at MSNBC.

But one of those questions came from Jesse Watters, a producer on “The O’Reilly Factor” whose criticisms were cut short when his microphone was cut off, according to several attendees.

According to the article, other shareholders, and yes the reporter is a shareholder, had their microphones cut as well.

And here is what GE’s Sheffer, if that was really him, wrote in response underneath the Politico piece:

Gary Sheffer from GE. I was at the meeting and this account of what happened is wrong. We let shareowners have their say — that’s what the meeting is about –and yesterday’s meeting was nearly three hours of sometimes tough criticism, including on MSNBC. But be clear, Mr. Watters and his Fox News friends had full opportunity to make their points. Mr. Watters made his statement, sat down and then departed before the meeting was concluded. If he felt he had been “cut off” he could have simply returned to the microphone (several shareowners spoke multiple times). The meeting was not concluded until there was no one left standing at the microphones seeking to speak.
Posted By: Gary Sheffer | April 23, 2009 at 10:52 AM

Unfortunately, he takes umbrage at the Fox correspondent Jesse Watters, not at the possibility that NBC is skewing news to boost the President, thus ensuring future billions in revenues for GE. Shouldn’t NBC offer a disclosure of some nature? I mean the two viewers left watching MSNBC and NBC will be fascinated to learn that unlike Santa Claus, their conspiracy theories do exist. Only, unfortunately, it’s the libs holding the bag on this one.